4 Jobs in Tech and Engineering That Actually Use Pi

If your career choice is something other than math or science, you might think you'll never use Pi again after college. However, you might be surprised to learn that some of the hottest jobs in tech and engineering also use Pi. In celebration of Pi day, check out these high-paying, in-demand positions.

Pi is the ratio between a circle's circumference and its diameter. While Pi is an infinite number, you usually see it shortened to two decimal points—3.14. Math equations use the Greek symbol 𝛑 to represent Pi.

Because Pi relates to circles, professionals in tech and engineering use it when they need to find the area of a circle or calculate angles.

Game designers use Pi to determine the placement and movement of objects. The JavaScript programming language even has a built-in function for using Pi called Math.PI.

However, while we think about angles as values between 0 and 360 degrees, mathematicians and software developers often measure angles in radians. One radian is the angle you get when you travel the distance of the radius along the circumference of the circle, which is 2𝛑.

You can use radians to program game elements like spaceships to rotate or move in specific ways. For example, you can use Pi and radians to make a spaceship repeatedly rotate the equivalent of 180 degrees clockwise, then 180 degrees counterclockwise. To learn how to do this, see Trigonometry for Game Programming [Sprite Kit Version]: Part ½.

Thanks to the Internet of Things (IoT), Wi-Fi-connected objects are everywhere. Companies are using Wi-Fi-capable sensors to gather data on everything from smart buildings to corporate fleets to manufacturing equipment. Enter data scientists, who make sense of this flood of information.

They also use interpolation to calculate new data points based on existing data. Interpolation uses Pi to determine the right locations to plot the new data points (based on the angles in the existing visualization). To see an example, check out the script radar.py, which uses the Pygal graph plotting library. 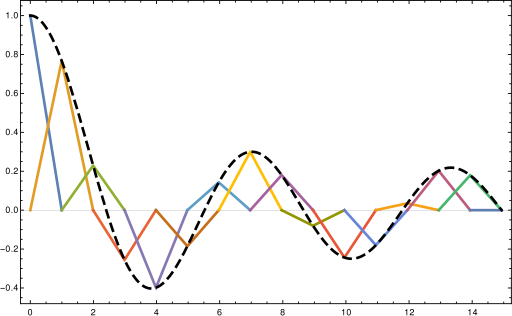 Data scientists who work for corporations reveal inefficiencies and suggest areas of improvement. They're critical assets that help companies streamline operations, save money, and compete in the modern world. As a result, they're in tremendous demand, and jobs in data science pay very well.

Maps are also data visualizations. Companies that use maps often search for features that fall within a certain radius. For example, they might search for all of the schools within a 25-mile radius of a planned toxic waste site. These radius searches naturally use Pi. For an example of a map search that uses Pi to find features that fall within a radius and other applications of Pi for mapping, see Finding the Nearest Neighbor.

Cartographers also use code to interpolate coordinates. For example, you might use temperature readings from various cities to interpolate a continuous weather map of your home country. Similar to a graph, this process uses Pi to assign the right values to the right neighboring areas. To see how this works, check out the code for Raster Fairy, which uses Math.Pi. 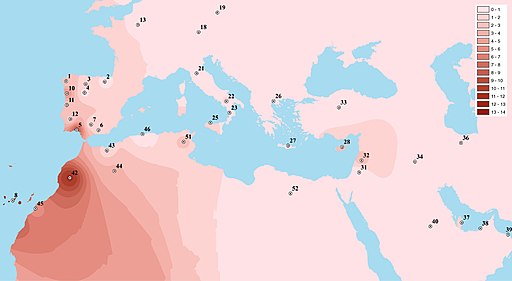 Cartography is a rapidly growing field. If you're interested, be sure to look for jobs that mention geographic information systems (GIS) too.

Production and industrial engineers use Pi to determine the amount of material needed to make circular or cylindrical objects, such as aerospace parts. (Either through traditional tooling or 3d printing). They also use Pi to calculate the amount of fluid required for hydraulics applications that control everything from manufacturing equipment to vehicles and robots.

Interested in one of these exciting career paths? Browse our open positions to find an opportunity that's right for you!

FIND YOUR NEXT JOB

With new jobs added daily, Modis is the number one location to take your career to the next level.