5 Biggest Contributions by African Americans in IT and Engineering

Do you know the Black inventors, technologists, and mathematicians who shaped our modern world?

From spaceships to supercomputers to Subway systems, Black brilliance is behind some of the most groundbreaking innovations to come out of America.

This Black History Month, we’re honoring five Black creative geniuses whose breakthrough advances – even in the face of horrific racism – transformed tech and science and elevated our nation. Below, we showcase their pioneering contributions and outstanding strength of character.

“I always smile when I hear women cannot excel in mathematics.”

Raised by a single workingclass mother and educated in segregated schools in Washington D.C.’s African American community, Granville went on to help the first man land on the moon. After earning a PhD in mathematics in 1949 – only the second African American woman to do so at the time – she taught mathematics at Fisk University and later at California State University. In 1956, she joined IBM as a computer programmer, where her career rocketed. She eventually moved to Los Angeles where she was part of the team that calculated the paths of manned space vehicles, beginning with NASA's Project Vanguard & Project Mercury, and later the Apollo program.

Granville was a passionate advocate for women and minorities in STEM careers. A fierce opponent of dull, outdated math teaching methods for children, she believed in teaching the ‘beauty’ of mathematics. In her retirement, she traveled the country evangelizing the importance of math and learning.

“If I can’t work with you, I will work around you. I was not about to be [so] discouraged that I’d walk away. That may be a solution for some people, but it’s not mine.”

Easley grew up poor in the segregated South before the Civil Rights Movement. Even though she was never intended to have a high school education, her mother told her, “You can be anything you want to be, but you do have to work at it." And work at it she did, going on to write computer models for the Centaur rocket stage that led to the successful flight of the Cassini spacecraft to Saturn in 1997.

Easley studied pharmacy for two years in college, but then married and moved to Cleveland. After reading an article about women working as computers at the NASA Lewis Flight Propulsion Laboratory in Cleveland, she applied for a job the next day, becoming one of just four African Americans at the Lab. Easley's work on rocket propulsion was important for launching many other spacecrafts, including the Viking and Voyager missions, as well as the Space Shuttle and weather and military satellites. While working full-time at NASA, she earned a degree in mathematics. Later she wrote code that modeled efficient energy storage and conversion systems for solar power and hybrid vehicle batteries.

Although she ‘never set out to be a role model or trailblazer,’ Easley inspired many through her enthusiastic participation in outreach programs, breaking down barriers for women, victims of age discrimination, and people of color in STEM. Later in her career at NASA, she took on the additional role of equal employment opportunity (EEO) counselor. In this role she helped supervisors address issues of gender, race, and age in discrimination complaints.

“A lot of kids growing up today aren't told that you can be whatever you want to be. There may be obstacles, but there are no limits.”

Mark Dean grew up in a segregated town in East Tennessee and graduated from the University of Tennessee with a degree in Electrical Engineering. Dean went to work for IBM and later became one of the inventors of the IBM personal computer, holding three of the nine original patents.

Dean returned to graduate school, earning a PhD at Stanford, all while working for IBM. Along with colleague Dennis Moeller, he developed the Industry Standard Architecture bus (ISA) which allowed external devices, such as keyboards and speakers, to be plugged into the PC. He led development of the first color monitor for the PC, and the team that developed the first gigahertz chip, able to make a billion calculations per second.

Dean was the first African American to be named an IBM Fellow. He received the Black Engineer of the Year President's Award and was inducted into the National Inventor Hall of Fame. Dean retired from IBM in 2013 and now serves as a professor and interim dean of engineering at the University of Tennessee. 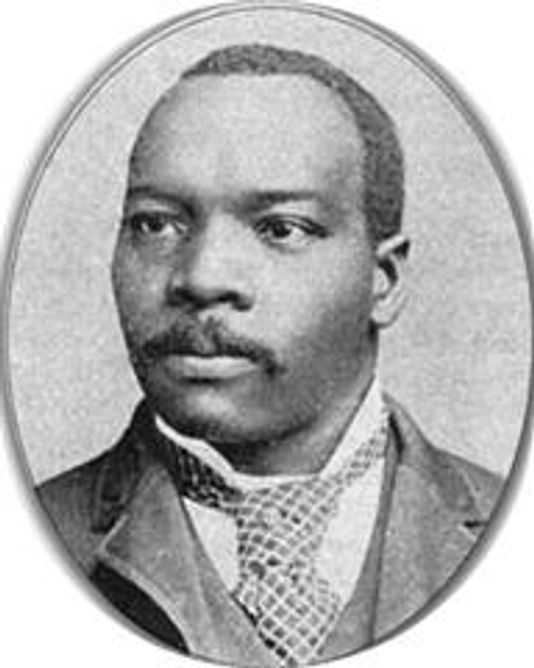 "I believe I can do anything if I just try."

Known as ‘the Black Edison’ Woods was one of the most exciting inventors of his time. His work is said to have made the New York City Subway possible. A 19th century railroad man, Woods invented a device that allowed both voice and telegraph signals to be sent over a single wire, which he called ‘telegraphony’. Then, according to the U.S. Department of Transportation, he invented a variation called the Synchronous Multiplex Railway Telegraph, which allowed stations and operators to know the exact position of moving trains. In this way, collisions could be avoided, problems with the tracks could be identified, and dispatchers could locate trains as needed.

Woods sold his patent for the invention to Alexander Graham Bell's company for so much money that he was able to quit his job and become an inventor full-time.

In his lifetime he held more than 60 patents and went on to form the Woods Electric Company. The concept of multiplexing signals foreshadowed today's multiplexing of data and voice over copper wire, wireless transmissions, and fiber optic cables, allowing millions of signals to travel over a single channel – paving the way for the world-wide Internet.

Despite his brilliance, he barely gained credit for his inventions during his lifetime, spent much of his life in poverty, fighting legal battles for recognition for his work. He died destitute and was buried unceremoniously in an unmarked grave. But his legacy lives on.

Philip Emeagwali (b. 1954)
Inventor. Record-breaker. Unsung hero behind the Internet.

“To understand where we are or where we are going or what directions we should take require that we review where we have been.”

Philip Emeagwali was born in a Nigerian farming village. Poverty and civil war forced him to quit school at the age of 14. But with the help of his father, who set 100 math problems for him to complete in an hour every day, his talent soared.

At just 19, Emeagwali immigrated to the US, where we went on to earn several college degrees. He later started a PhD research project at the University of Michigan working on discovering and recovering underground oil reserves using a computer simulation, applying his knowledge of the Nigerian oli industry.

He went on to write software that connected more than 65,000 microprocessors in an abandoned supercomputer at Los Alamos National Laboratory in New Mexico. While scientists there had failed to make it work, Emeagwali turned it into the world's first operational supercomputer, capable of a record-shattering 3.1 billion calculations per second. Using his invention, Emeagwali correctly solved the oil reserve problem, creating a stir within the computer industry. He received the 1989 Gordon Bell Prize, ‘the Nobel Prize of computing’, for outstanding achievement in high-performance computing applications and is now considered one of the unsung heroes behind the Internet.

How are we celebrating Black History Month at Modis?
Along with our Adecco Group colleagues, we are marking BHM with a series of virtual events for Black employees and allies. Events include meet and greets and book clubs, as well as focused sessions on black leaders in tech, personal finances in the racial wealth divide, and black futures in the metaverse. We are also inviting Black colleagues to share the highs and lows of their career stories to educate, inspire and drive accelerated action.

Throughout the year, we are committed to creating and maintaining an inclusive culture that promotes recruitment and retention of diverse colleagues at all levels while paying close attention to areas of underrepresentation.

At Modis, we’re committed to challenging the barriers that still exist and having candid conversations about race, all year round.

Take your career to the next level.

Connect with a Modis representative to help locate new roles, opportunities and discover ways to take your career to the next level.